The name is Mike. I was born in a miserable hole on New Hope, the capital of Kepler 452b, a misplaced planet in the constellation of Cygnus. I grew up in the streets among thieves, whores and goons. Life was not easy, but somehow I did not become one of them. In fact, I only wanted to escape and forget Kepler forever.

Soon I realized that if you belong to the dregs of the world the only chance to board a ship is to become a crew member. To achieve this I had to become part of the Sinotec army. I hated them but it didn’t matter; I worked hard, gritted my teeth, and they admitted me to the military academy”.

When I was assigned my own patrol ship, a fighter nicknamed Doomsday, I knew that she could be my ticket out of Kepler. I messed with her tracking system and one night, with civil unrest erupting on the planet, I left with just a few personal things.

My first port of call was The Pit, an old station full of space pirates, renegades and hookers. The Pit has been my home to this day. I actually like it here, there is freedom and the universe is a big place full of opportunities.

Well… I’m sorry but I guess that I need to cut the chit-chat short. You know, I received this one e-mail about a lost worker in the Regus, an abandoned space station. Somebody wants me to go inside and find what terrible fate descended upon him.

Doomsday Lost Echoes is a graphical text adventure. The player, you, uses text input to control the game and the computer reveals what is happening via text output. At the same time, the computer displays an image of the current location. 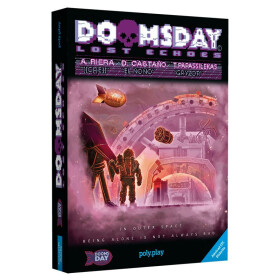 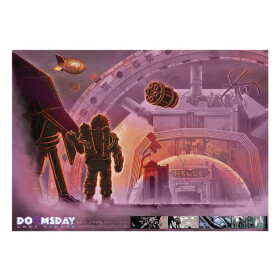 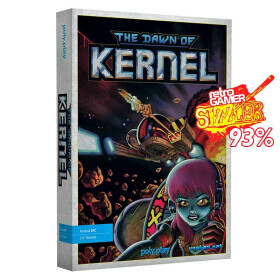 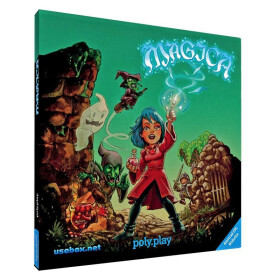 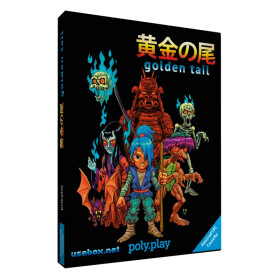 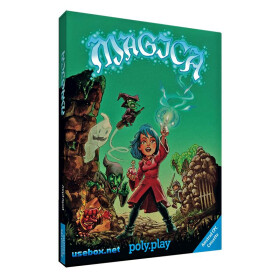